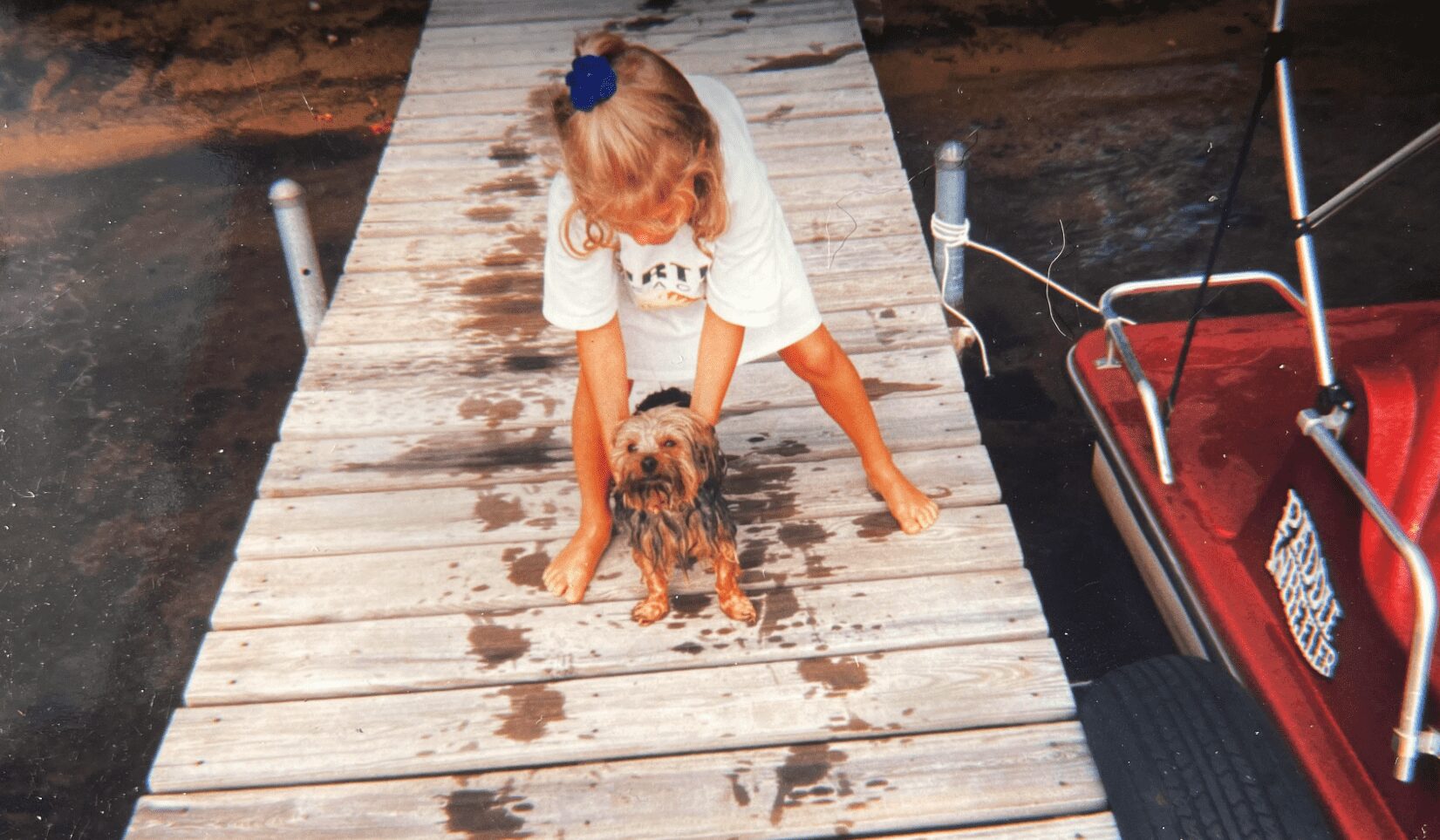 After my step-grandfather retired he and my grandmother, Shirley, moved over 200 miles northwest of Detroit to a small town. Lewiston has a tiny population of 1,289 and sits in the broad Michigan region lovingly labeled “Up North.” In the early years of my parents’ relationship, they would drive up to my grandparents’ little house on the lake so my father could hunt deer and fish. Once I came along, it became tradition to go out and enjoy fish and chips at one of the two places in town.

I was a child of Kraft American cheese slices on Wonder Bread with a slick of Country Crock margarine. Tiny Midwestern blonde gremlin that I was, I used to horrifically put ketchup on white rice. My mother and grandmother consulted Betty Crocker above all else to make one of a couple dishes in the usual rotation. Whether it was chop suey, shish kabobs, or pasta sauce with ground beef, my grandfather would yell “Dig in!” after my grandmother said grace.

I eventually learned to fish off the dock and often plopped my sweet droopy-eared Yorkie, Mugsy, on the passenger seat of a sparkly red paddle boat. I would paddle us further out and he’d stay curled in the sunlight as I sat in the back and fished, dropping what I caught into a bucket filled with water. When I brought the tiny Lake Perch to my mother and grandmother, they cleaned them as they had done for my father for years.

This was my first experience consuming something I had caught myself. What my grandmother did was simple, she lightly floured the filets and then fried them in some neutral oil. I remember distinctly that I could still see the stripes through the flour and how odd that was to me at the time. I hadn’t eaten any other fish than deep fried cod for fish and chips over at the Lewiston Lodge or chilled shrimp with cocktail sauce. I remember just how good the fish was on its own. To this day, a little Wondra flour, some butter and oil, salt, and a squeeze of lemon is still my favorite preparation of fish.

After graduating college, I moved to Chicago to move in with seven strangers I met on Craigslist. I moved into a huge house in Rogers Park and got a job as a host at a well-regarded restaurant my second day in the city. Most chefs I have worked for during that time shared one similar thought, and rightfully so, and that is if the ingredient is of good quality, the less you mess with it the better. Like a perfectly lumpy and brightly streaked salted heirloom tomato on top of a freshly baked piece of sourdough, lake perch will always taste like summer to me.

In all honesty, I have always hated putting a worm on a hook and would often ask my best friend Gabe to do it for me. I can not remember the last time I went fishing and it is extremely likely I never will again, but I am endlessly grateful for the memory.