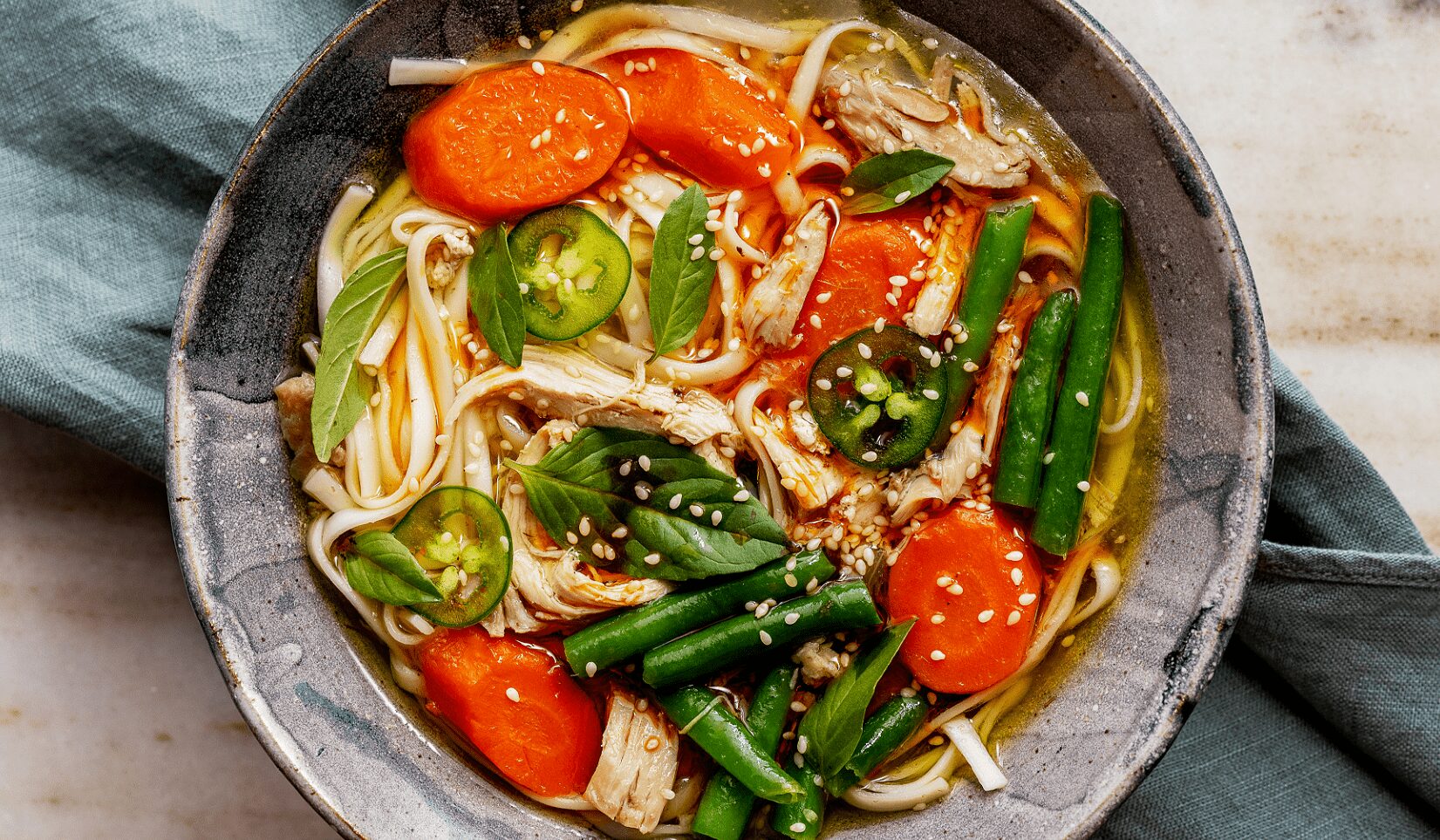 This chicken lemongrass soup recipe is aromatic, rich, and just so easy to make. It’s loaded with lemongrass paste and chicken for the most comforting chicken soup recipe ever.

Alright, my friends, I must admit that yesterday, my decision-making skills went straight out the window. I went out for drinks with my girlfriends, and I had one too many espresso martinis. While I didn’t go way off the rails, I did wake up feeling a little woozy. My Friday was spent nursing a hangover as I attempted to make it through my workday.

Later in the day, I desperately needed a hug that only chicken soup can provide.

What you need for this lemongrass chicken soup recipe:

For this chicken soup recipe, you need just a few ingredients, including:

You can garnish it with just about anything. Fresh herbs like Thai basil or cilantro will add aromatic brightness, and chili oil and sliced jalapeño will give it a punch of heat. Crispy shallots, sesame seeds, or bean sprouts would also make for amazing garnishes.

Let’s talk lemongrass. I love the flavor of lemongrass in soups. The flavor of lemongrass is subtly sharp, a little floral, and a little minty. As the name implies, it has some lemony undertones, but there’s also a savory grassiness to it that tastes amazing. I typically don’t buy premade ingredients–like minced ginger or garlic–very often. I ordered fresh lemongrass this week, and Instacart blessed me with this stir-in paste instead. Because it’s so easy to cook with, I’ve been making tons of lemongrass soup recipes. This lemongrass paste is great because you won’t need to strain your broth, and it gives your recipe that signature sharp, aromatic punch of lemongrass flavor. Now, personally, I still think I give the edge to fresh lemongrass but this lemongrass paste is great in a pinch.

If you don’t have lemongrass for this recipe, replace it with ginger!

How to make the soup:

Once you gather the above ingredients, it’s time to get cooking. When I say this recipe is a breeze, I sincerely mean it.

Fry up bone-in, skin-on chicken thighs, throw in shallot, lemongrass paste, and jalapeño, and cover with water. Bring to a boil and then simmer for 40 minutes or until the chicken is completely cooked.

Remove the thighs from the broth and discard the jalapeño. From there, simply add the carrots and simmer for 20 minutes or until they’re fork-tender. Shred up that chicken, add a bit more lemongrass paste if you like, and throw in the green beans for 5–10 minutes and that’s it!

The beauty of this recipe is that it is mostly inactive, so get caught up on emails or putz around the house for a while as it finishes cooking!