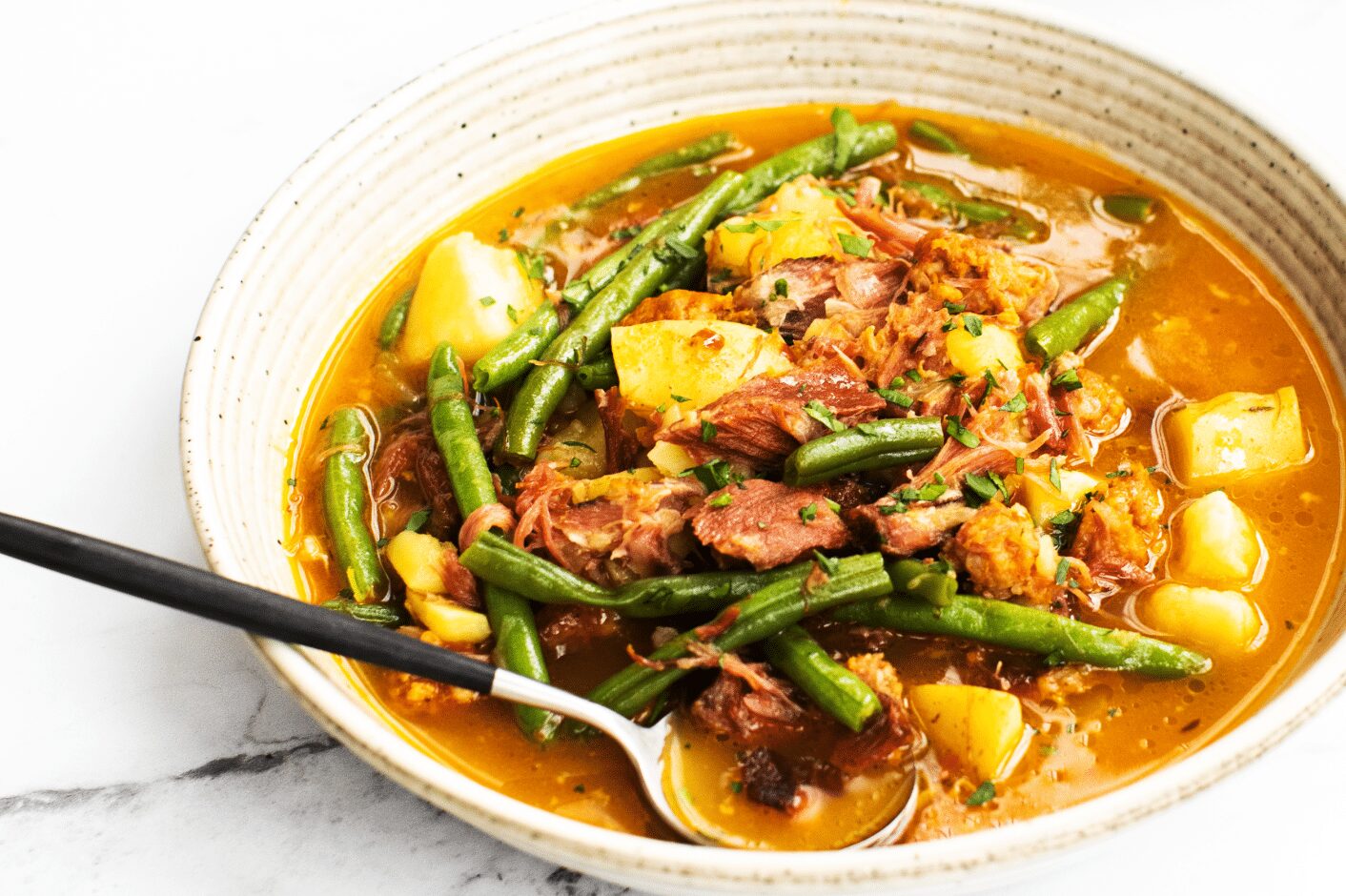 This spicy ham and green beans recipe is a set-it-and-forget-it slow cooking dream. First, you’ll want to prepare a rich both and let it cook down for several hours. This will create a creamy, smoky broth that will be the perfect vessel for the soup.

The recipe for this spicy ham soup is easy. Simply prepare a fragrant ham stock, brown the chorizo and onion and then fill to the brim with ham stock, potatoes, and finally, green beans.

The result is a spicy, rich soup that will satisfy any salty craving. You want to be very careful with salt in this recipe because of how salty the ham hocks are. I would recommend salting very lightly and only finishing with salt at the very end. You will have a very salty ham stock that you may need to cut with more water, depending on your preferences.

If you want to try something different, skip the potatoes and serve this soup over mashed potatoes or even over cheesy grits (if you REALLY feel like being decadent). For this, you can thicken the broth by adding flour to it to create more of a gravy than a broth. Ham and green bean soup is a Southern classic, but I grew up eating the Pennsylvania Dutch version. As much as I love the flavors of the classic dish, I felt like it could use some oomph. I amped up the flavors in this spicy ham and green bean soup with loads of garlic and chorizo for some added spice.
5 from 4 votes
Print Pin
Prep Time: 15 minutes
Cook Time: 4 hours
Total Time: 4 hours 15 minutes
Servings: 8
Calories: 638kcal

Prepare the Soup Base: